It’s been 2 decades. I think the quarantine period has been safely realised.

I fucking hated the Stargate SG-1 series. It was and is the epitomy of Canadian shot dog-shit (and I’m someone who loves early X-Files & Outer Limits). It was the last lazy hurrah of B-Rate TV production, and it will always stick in my mind as a show that had zero ambition, outside of milking a movie’s success.

It even stole the opening sequence and score from the movie. McGuiver himself couldn’t justify such a cheap-ass approach to television entertainment.

What killed the Stargate series for me was that it took the winnings of the X-Files & Outer Limits, and condensed them down into a over-indulged series of inconsequential happenings that failed more and more to make sense ( I won’t even go into the spin-off series or movies). 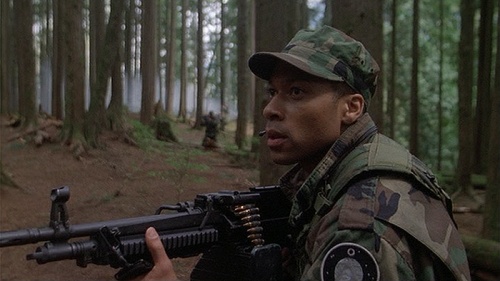 The movie in 1994 said and explored everything that the series meandered around, and ultimately failed to touch upon. The spin-off show has to have been the cheapest and most shameless abuse of Canadian forestry that I have ever been.

Villain, weigh in on this…